Basmati, meaning ‘Queen of Fragrance’ is a variety of long grain rice, famous for its fragrance and delicate flavour. Basmati rice has been reported in India since the early days of the 19th Century though it may have been named differently. Basmati is a variety of long grain rice which is traditionally from India . Its also called Oryza Sativa . Indian basmati Rice is one of the famous world wide for its quality and aroma.

Nurtured by snow fed rivers, Basmati is without a shadow of doubt the King of all Rices in the world. Its long slender shape and an unmatched fragrance and aroma are reflective of the age old civilization that cultivates it. Basmati is non-glutinous and has a fine, smooth and silky texture. The rice has been favored by emperors and praised by poets for hundreds of years.

Basmati, the highly aromatic rice is nature’s gift to the Indian sub-continent and it is India’s gift to the whole world. Farmers in the northern parts of the country, at the foot of the Himalayan mountain ranges have been growing this scented rice for centuries. Basmati grown in India, they say, is as great as the land and as old as the civilization itself.The tropical climate and soil prevailing at the foothills of the Himalayas is perfect for Basmati rice cultivation. Basmati from India is a perfect treat for the connoisseurs of sumptuous food, all over the world! 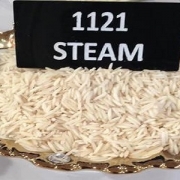 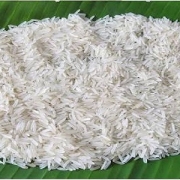 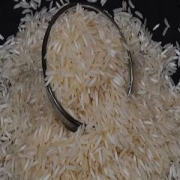 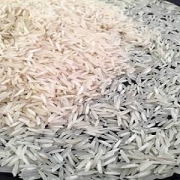